Broken Age tells the story of two teenagers in very different worlds, yet very similar situations. In this puzzle-adventure game, there are two parallel storylines, allowing you to switch between them as you wish. Delve into the world of Vella, who is desperate to escape local traditions, and Shay, who is eager to change his monotonous routine. It’s a coming-of-age story full of quirky personality!

Loyal fans of Double Fine Productions helped make this game a reality, through a Kickstarter campaign. Luckily it seems they have not been disappointed. Initially created in two parts to keep excited fans at bay, the storyline flows much better as a whole and will keep you entertained for several hours.

The journey unfolds with two main characters: Shay and Vella. Shay is frustrated by his repetitive daily routine in space, constantly being mothered by the computer that controls him. That is until he discovers a new area to explore…Vella, on the other hand, is faced with a fate of being eaten by a giant monster in order to protect her village! She manages to escape but is left searching for a solution to the hungry monster on the loose.

What separates Broken Age from other adventure games most of all is its style. The surroundings are vibrant, creatures come to life and characters are full of humour. The excellent use of colours and animation make it easy to enjoy. The voice acting makes it better still, with its impressive cast, including Elijah Wood and Jack Black.

While Broken Age is technically a point-and-click adventure, don’t go categorising it too quickly. Its puzzle characteristics require much more observation that you might expect. Focus more on its exploration side and be willing to re-trace your steps. Top tip: don’t be afraid to fall!

The best feature is being able to switch between the two main characters, meaning that if you get stuck on one puzzle (which you will) you can try the other storyline and come back to it later. They each have a different style of gameplay too – to progress with Shay’s storyline you’ll need to focus more on interactive puzzles whereas dialogue often seems more important to progress with Vella’s storyline.

Details are key in this game. It’s no use skipping through cutscenes as you will spend the next 15 minutes repeating the same actions in order to solve the puzzle! Although the dialogues with other characters can often seem like you’ve gone off track, in fact, you just need to pay closer attention to what you should be asking them. This interaction with other characters helps guide you on your adventures.

I must admit, I had a habit of getting stuck. Unfortunately for me, there is no hand-holding! If you don’t understand how to solve the puzzle, you must try again and again until you get there. There is certainly lots of perseverance needed! If you find this frustrating, I would recommend this brilliant spoiler-free walkthrough from IGN. 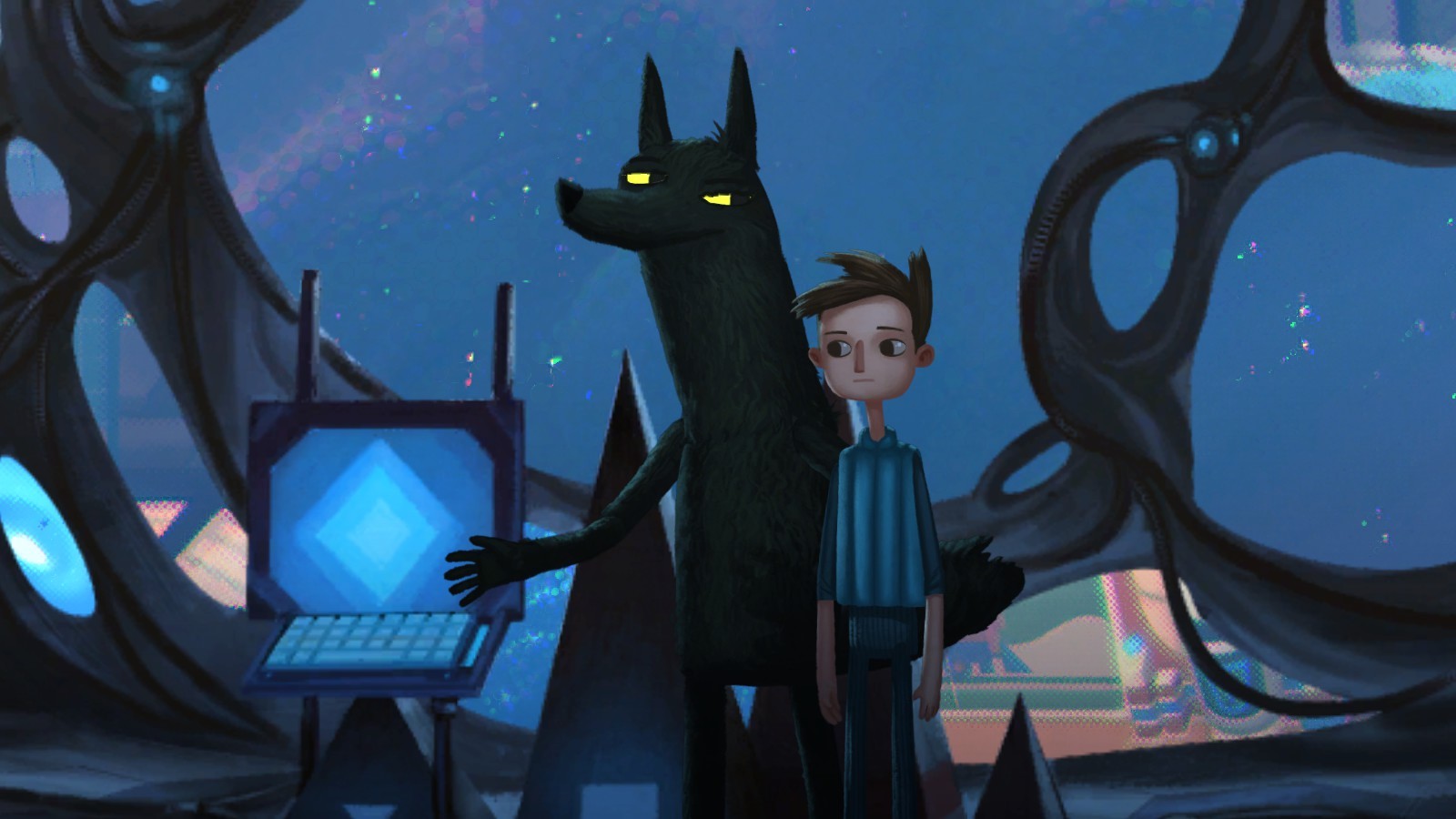 Broken Age takes you on an adventure that is easy to enjoy. Relax into the narration but be aware that the switch over is not always obvious, so you may be expected to interact when you are simply sat there watching the story unfold. The puzzles and intriguing storyline are enough to get you playing, but the style and charm are what leave you wanting to carry on. Now remember: pay attention to the details and have fun!